Live at the Stockton Globe

Tickets available from £45.15
subject to a transaction fee of £3.65
Buy Tickets

Tim Minchin is Back!  Back is billed as “Old Songs, New Songs, F*** You Songs”, with a set list of material from all corners of Minchin’s eclectic – and often iconoclastic – repertoire.

First performed in the UK in 2019, BACK was Tim’s first UK tour in eight years and the 80,000 tickets sold out over a year in advance. The long-awaited return to the stage received rave reviews and saw Tim pick up a prestigious Helpmann Award for Best Australian Contemporary Concert.

In November 2020, Tim released his first studio solo album Apart Together. Described as “crisply observed and tenderly considered” in The Independent, the album reached #3 in the ARIA charts.

THE GUARDIAN - “A triumphant comeback, a three-hour spectacular” ‍ 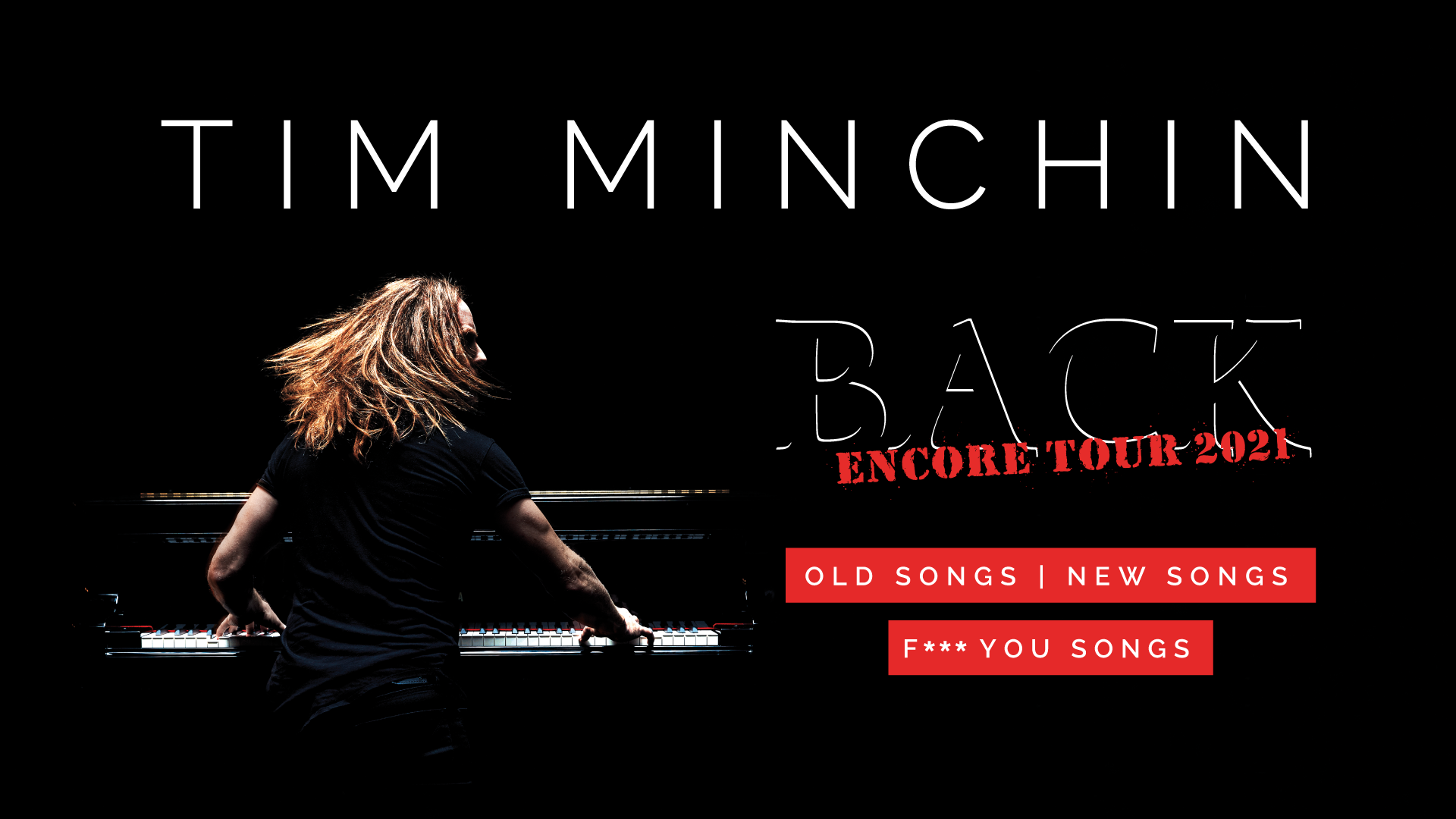