Tickets available from £39.15
subject to a transaction fee of £3.65
Buy Tickets

Drag Royalty will Ru-Turn in 2022 for the UK’s biggest ever Drag Race tour and the original 19-date tour has now been extended to 41 dates as shows continue to sell out across the country.

Join all the Series 2 queens of RuPaul’s Drag Race UK for an evening of endless eleganza extravaganza as this brand-new tour takes in theatres and venues across England, Scotland and Wales including four dates at the world-famous London Palladium.

Witness the Charisma, Uniqueness, Nerve and Talent of your favourite queens LIVE on stage as they sashay into a theatre near you.

The Official RuPaul’s Drag Race UK Series Two Tour is presented by Werq The World producers Voss Events and creators of Drag Race World of Wonder, in cooperation with Live Nation and Cuffe and Taylor. 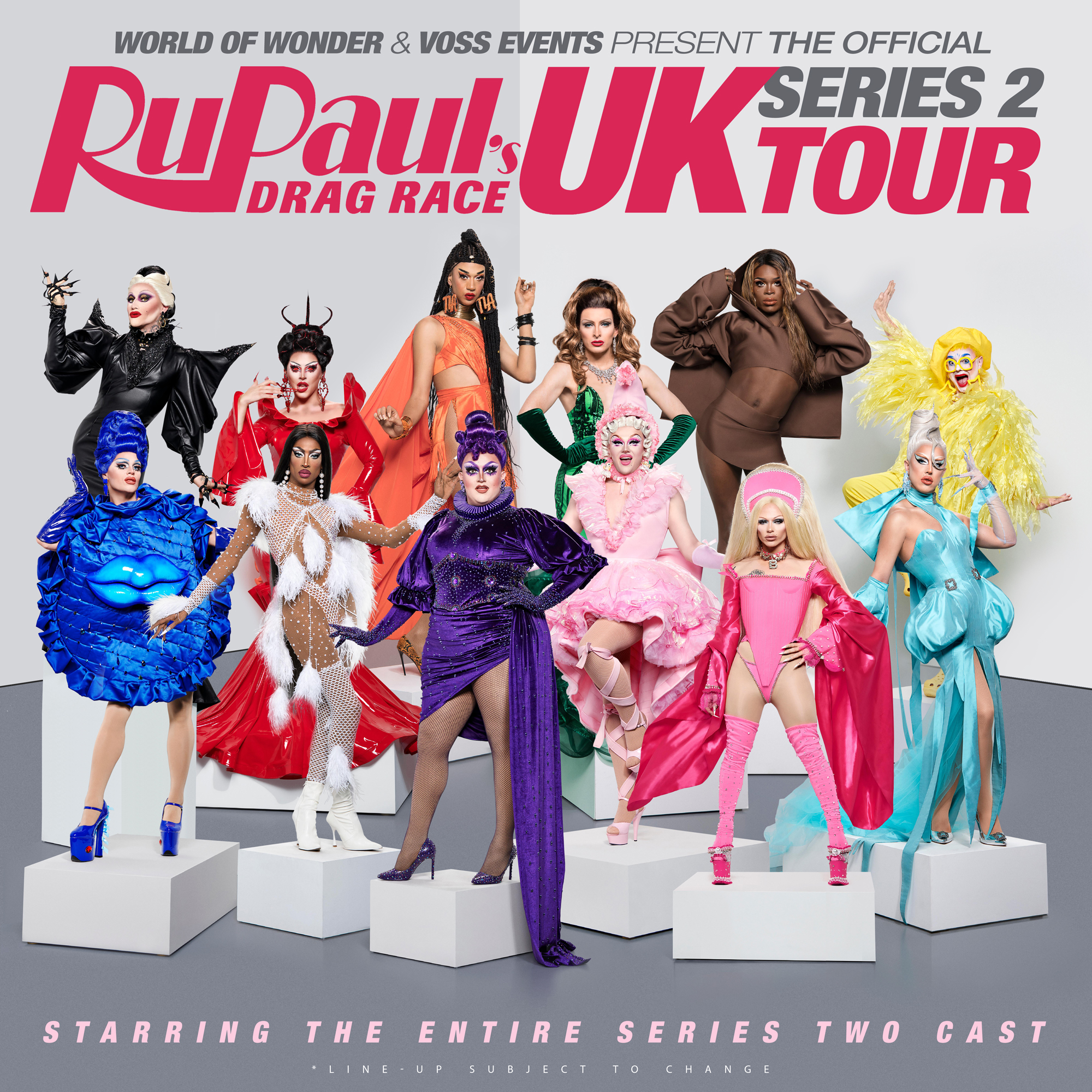 See RuPaul's Drag Race UK live at Stockton Globe
Fri 8 Apr 2022
Tickets available from £39.15
Ages 14 and under to be accompanied by an adult
Buy Tickets