Tickets available from £47.65
subject to a transaction fee of £3.65
Buy Tickets

Exactly 20 years after the release of his self-titled, debut solo (& No.1) album, one of the best-loved singers of our generation, Ronan Keating, returns with an album that encapsulates his many musical achievements since the millennium.

Entitled ‘Twenty Twenty’, and set for release on Decca Records on 1st May, Ronan describes his new record as “a greatest hits of brand new music”. To help him celebrate, Keating made two inspired choices: to dive into his back catalogue and revisit three of his biggest hits and, for some of the new tracks, call in some friends.

Since the original break-up of Boyzone, one of the most successful British bands of the Nineties, Keating has forged a soar away solo career: two back-to-back No.1 singles straight out of the gate, 30 consecutive Top 10 singles, 10 studio albums, multiple tours, 20 million records sold on top of the 25 million sold with Boyzone. In other areas, too, he’s happily stretched his wings: judging on both the X Factor and The Voice in Australia, acting for both television drama and film, and a highly acclaimed stint on London’s West End.

Over the past 12 months Ronan has been tirelessly working on an album that celebrates an incredible solo career spanning two decades. He wants to acknowledge that he certainly doesn’t take this for granted: “There’s not a lot of artists that have been lucky enough to do 20 years and still be here.” There are even fewer who have matched a successful band career with a successful solo career. He adds, “I’m very honoured to have had that, so I wanted to mark it with an album like this.” So this is ‘Twenty Twenty’. The album eagerly awaited by Keating’s fans, who have grown up with him over the past 20 years. The album of Keating’s adult life. 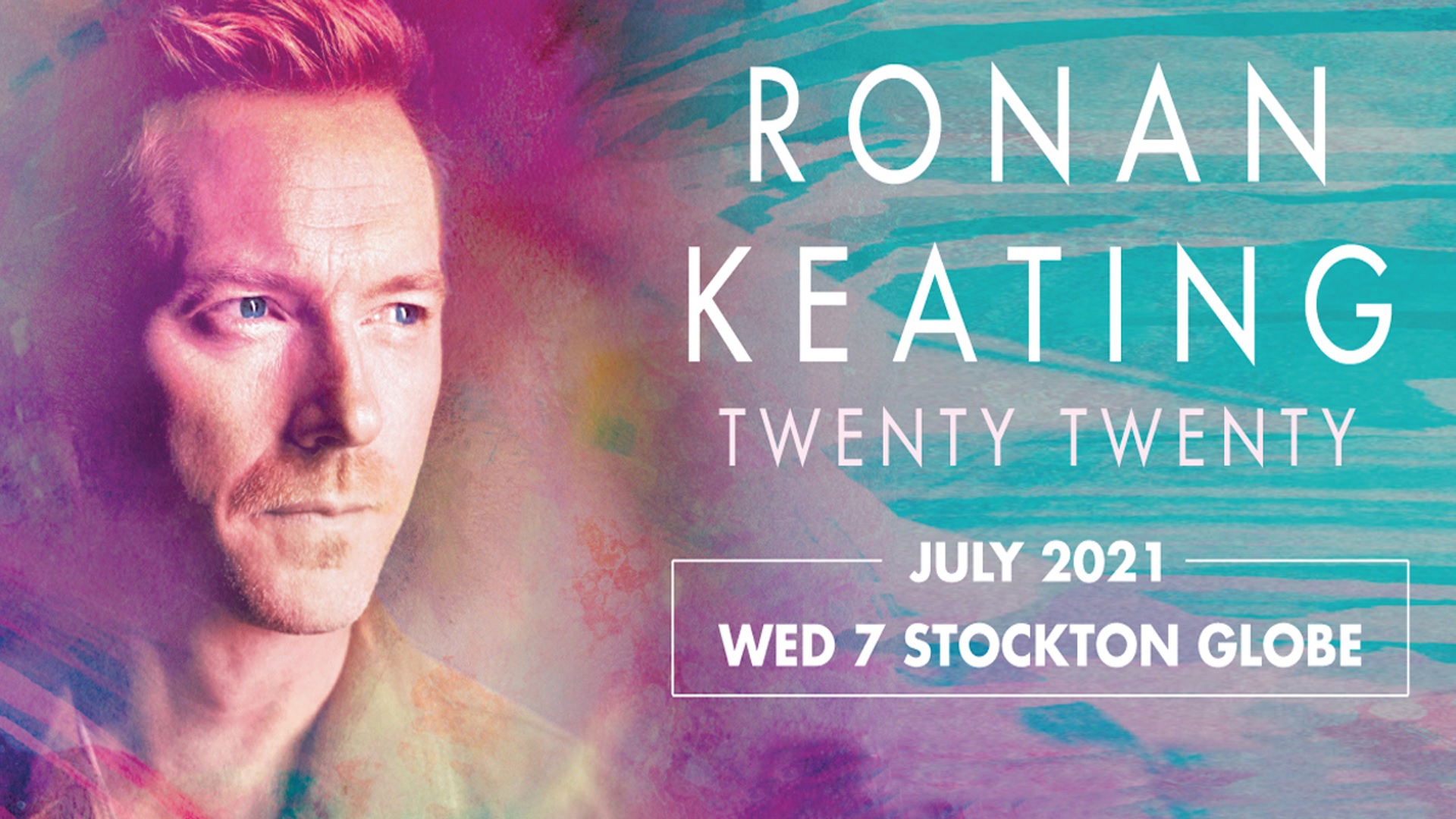 See Ronan Keating Twenty Twenty live at Stockton Globe
Wed 7 Jul 2021
Tickets available from £32.40
Ages 14 and under to be accompanied by an adult
Buy Tickets