Midge Ure has a career that spans over 40 years – from his ‘pop band’ beginnings, “almost” joining the Sex Pistols, the electronic ground breaking work with Visage (Fade To Grey is still voted #1 in its genre across Europe), via the mainstream success of Ultravox to the twists and turns of his solo releases.

In 2015, Midge Ure and semi acoustic duo, India Electric Company, successfully presented the Breathe Again show in the UK, and across Denmark, Germany and Italy as a 20thanniversary retrospective. It was the first time that Midge featured an album in its entirety, and it proved to be a successful format.

Midge enjoyed touring with the boys so much that when he decided to perform the 1980 Tour, Vienna and Visage over 2019 and 2020, they were the natural choice to augment his long time drummer, Russell Field.

Then Covid-19 brought touring to an unceremonious halt!

It’s now time to look to the future, strap on his electric guitar again and play the songs that the audiences are waiting to hear. 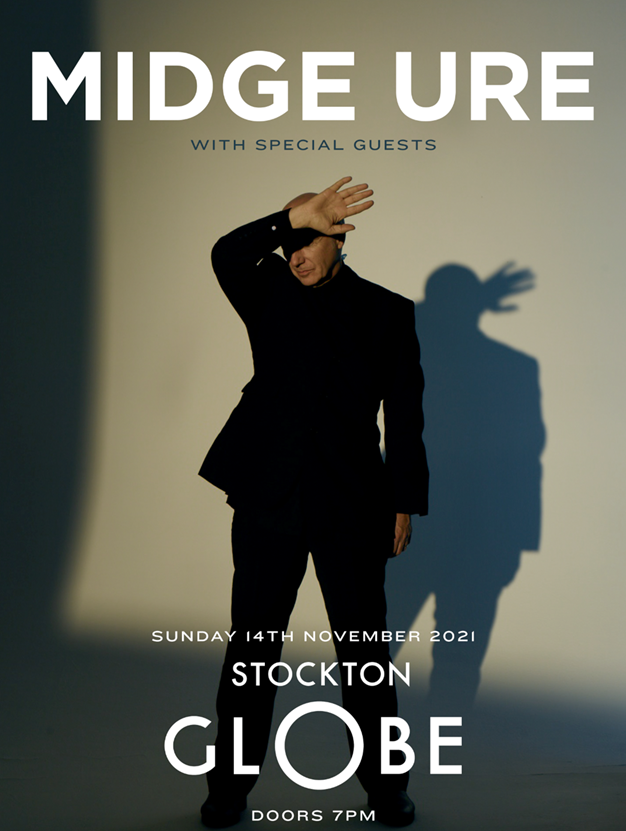 See Midge Ure live at Stockton Globe
Sun 14 Nov 2021
Tickets available from £32.40
Ages 14 and under to be accompanied by an adult
Buy Tickets